<- The former Regal Cinema, being redeveloped as a J.D. Wetherspoons and a 3-screen arts cinema. 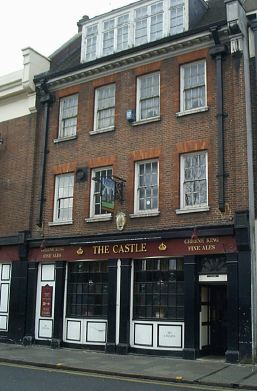 <- To the right of the Regal is The Castle (Greene King). Together the properties are on the site of the medieval Castle Hotel, burnt down in 1934.

Opened in September 1998. ->
It replaced the Belfast Linen shop.

<- ... and the former January's Estate Agents (bought out by Black Horse Agencies and subsequently moved to Regent Street) 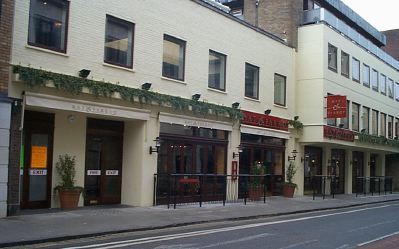