Got something to say? Then say it here! Please write to the editor. Contributions may be edited for publication. The Pub news section of ALE 304 (Autumn 2001) contained a reference to The Green Man, Thriplow, as having been saved by the locals in the early 1990s. 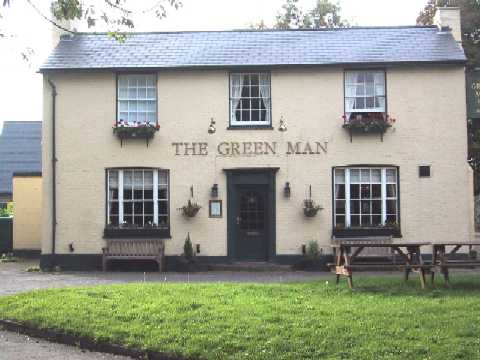 I'm aware of the extent to which beer drinkers (and journals) revel in those cosy stories about the salvation of village boozers by brave residents but, for the record, I must stick my oar in here and say that this was definitely not the case for The Green Man. In February 1992 I put in an offer to purchase the freehold from Charles Wells after it had stood boarded and derelict for almost a year.

There were two other substantially lower offers at the time from developers. I did this on a hunch that a pub in such an excellent, affluent location could not possibly fail. Neither before commencement, nor during the following tough six months was there any offer of practical, financial, political or legal sort from within the village to assist in saving their local. Any number popped in during renovation to express their delight at their local being restored and when I finally managed to license the building again and open on 18 September, those with the loudest voices claimed credit. I smiled politely and stayed silent.

Suffice it so say that the celebration was short lived, as from the second day on I never saw many of them again, thereby highlighting Charles Wells' closure decision. The business had to be refinanced within six months and again in the second year, and in the fifth year I sold my house in order to clear my huge debt and refurbish the pub and grounds in an attempt to attract outsiders. The trick worked, I received the CAMRA accolade in 1998 and earned an entry in The Good Pub Guide and The AA Guide the following year.

By 2000 I gained the confidence to ask the Parish Council if they had any views about the lack of local support and I received a written response (to treasure) stating that The Green Man catered for outsiders and diners, the pub furniture was too big and the garden not rural! By this time could not have cared less as the business was finally viable and for me thoroughly enjoyable.

I had four handpumps (no GK) on offer and a solid lunchtime and evening trade. But after eight years I now wanted something in return for the poor treatment the village had dished out. This was to be found in the shape of a planning application. In January 2001 South Cambs generously granted me permission to build a four-bedroomed house on the pub garden which, at least, allowed me to get the money back I had relentlessly ploughed into this project. Last summer I sold the pub to someone who wanted it as a restaurant and, until I find another pub in a functional place, I reside in the house in the garden.

The Green Man continues unsupported by the residents, and rather worryingly the local shop has recently had to close. From time to time your journal contains information concerning the alarming rate at which rural pubs are disappearing, when perhaps we ought to be debating the very relevance of a pub or shop in today's affluent villages.

There is an apparent reluctance to spend a cent on the very things that give kudos to any village.